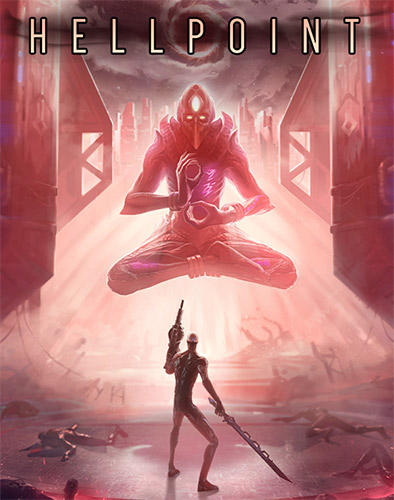 Game Description
Hellpoint is a dark sci fi RPG that takes place on a derelict space colony in the aftermath of a massive quantic cataclysm. You play a Spawn of the Authority brought to this world to investigate the circumstances of this event and unravel this deep interstellar intrigue. You will explore the open world of the Irid Novo colony, orbiting in real time around an enigmatic black hole which triggers all sorts of dynamic events to keep you on your toes. Build your warrior according to your play style, and venture alone, with or against friends in online or split screen multiplayer.

Once a pinnacle of human achievement, the Irid Novo space station has fallen. Its ruins are now overrun by cruel interdimensional entities acting as puppets of the malevolent Cosmic Gods.

You have been created by the Author, organically printed on Irid Novo and sent on a mission to find out the unholy series of events that led to the catastrophic incident known as the Merge.

Blue Sun DLC:
Hellpoint: Blue Sun DLC reveals the complete story of Irid Novo, for those who can understand it. Asmodeus, the deal maker, takes an interest only in the most proficient of Spawns!

This repack IS NOT backwards compatible with my previous Hellpoint repack.