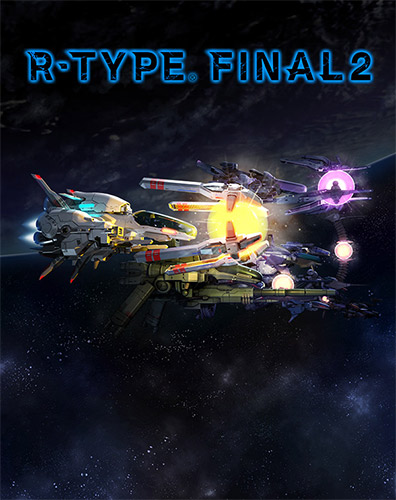 Game Description
R-Type has returned! The legendary side-scroller is back and better than ever with beautifully rendered 3D graphics, exhilarating shoot-’em-up gameplay, and a multitude of stages, ships, and weapons that will allow you to conduct a symphony of destruction upon your foes.

Feel the rush of mowing down hordes of Bydo with your fleet of R-Type fighters equipped with an arsenal of new and classic wave cannons, force units, bit devices, and devastating delta weapons. The Bydo threat is always evolving, as new enemies spawn from the wreckage of fallen foes, and stages are corrupted and altered by the sentient Bydo corruption. R-Type Final 2 unites the explosive action of the original games with modernized visuals and gameplay features, making this a must-have title for new and old shoot-’em-up fans alike.

Enhanced and Evolved
R-Type is back and better than ever! Experience the explosive return of the legendary shoot-’em-up on PC, where the high-octane action of the original games meets contemporary visuals, challenging gameplay, and an arsenal of new features.evolving enemies, stages that transform before you, and a real-time difficulty meter increases or decreases based on your performance.

This repack is NOT backwards compatible with my previous RTF2 repacks.