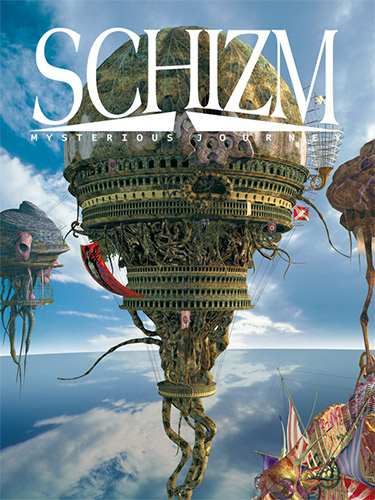 Game Description
SCHIZM: Mysterious Journey is a graphical, first person perspective, 3D prerendered adventure game with a compelling nonviolent SF story combined with highly non-linear gameplay, where the player chooses the order in which most of the puzzles are solved.

SCHIZM offers a mix of puzzles of varied type, including mechanical, logical, sound and inventory based, seamlessly integrated with the fascinating story created in collaboration with award-winning Australian science fiction writer Terry Dowling, appealing to everyone from newcomers to the field to die-hard adventure gamers. The story itself unfolds as an intriguing puzzle waiting to be solved.

The player simultaneously controls two protagonists who can explore the game independently, further expanding the game’s non-linearity and freeing the player from the annoying situation of being stuck at a particular puzzle. Both protagonists can solve puzzles independently, but their cooperation is required at certain points in the game. The story involves interaction with several live characters and information interchange between the protagonists. The player won’t feel left alone on a deserted planet.

AUDIO
Crystal clear sound effects and ambient soundscapes, all presented in stereo and in 16-bit quality. Users of 3D accelerated sound cards can enjoy the full 360 degree real-time sound positioning according to the changing position of the player.
Ambient, nondistracting, interactive digital soundtrack that changes according to the player’s actions. The game uses MPEG Audio Layer 3 compression which allows for lengthy CD quality music.

MUSIC
The music is delivered in gorgeous CD quality thanks to the licensed audio compression technology. This allows for lengthy soundtrack but the compression ratio will be carefully chosen in order to avoid any quality degradation