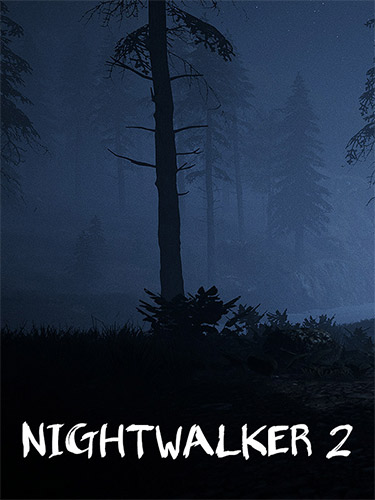 Game Description
Nightwalker 2 is a horror adventure game that tells the story of Nightwalker and Sally’s most memorable adventure. In search for a treasure mentioned in a local legend, the two find themselves deep in more than what they have bargained for. Events that separate them will push the Nightwalker to his limits as he needs to do more than before to survive and reunite with Sally.

You play as the Nightwalker once again while trying to uncover the mysteries that surround the lost village. The new crafting feature will help you on your path of solving puzzles, getting over obstacles and surviving. Aside from the main story, Nightwalker 2 features 4 different side quests that enhance your exploration experience in the game.

The cinematic experience supported with cutscenes is making the adventure more immersive than before. In addition, Nightwalker 2 is hosting much more and versatile horror elements that you will get exactly what you want if you want to feel the suspense and be disturbed.

STORY
Right after the two set foot in the lost village, they soon discover that there is something sinister going on. But before they find the chance to work together, Nightwalker and Sally get separated due to some supernatural events. After that, Nightwalker’s attempts to find Sally will only get him deeper in the mysteries of the lost village.

SIDE QUESTS
There are 4 different side quests in Nightwalker 2. One of them is focusing on a specific mystery about the village. It is hosting a series of events that are not connected to the progress of the main story. Two of the other side quests focus on the exploration. They reward the player with some upgrades to Nightwalker’s equipment. Lastly, one of the side quests is for the collectible lovers.

CRAFTING
Crafting and combat is hand in hand in Nightwalker 2. Unlike the previous game, you will be able to defend yourself and get in combat using small rocks. Crafting system will let you enhance the power of your throwable rocks with the use of fabric, fuel and glass shards to deal more damage. Not only that, in order to solve some of the puzzles and skip some of the obstacles, you need specific types of crafted rocks. So, exploration is a huge part of the game as you need supplies for crafting.

PUZZLES
You will encounter puzzles during your adventure in and around the village. While some are necessary to progress in the story, most of them are a part of the exploration.