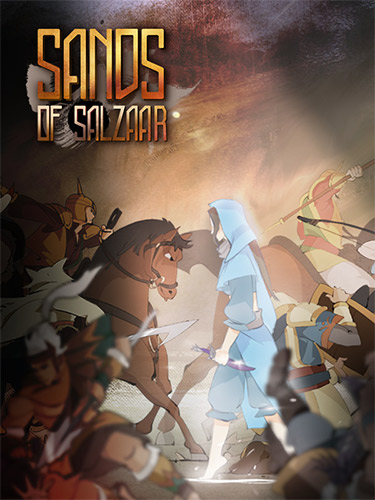 Game Description
Into the Desert…

This is a fantastical tale of an exotic land. The Old Empire has fallen, leaving rival tribes to fight for control of the great desert. Little do they know of the seeds of darkness which grow in the shadows with each passing day…

Sands of Salzaar is an open-world strategy-action RPG set across a sprawling desert. Build up and manage your forces from a single unit to a mighty army, then lead them into massive battles against your foes. How you progress is up to you: customize your hero with a wide variety of skills and talents, choose which factions to side with, and plan your strategies carefully to establish yourself as whoever you aspire to be – a lone wolf, a wealthy trader, a city lord, or a war schemer.