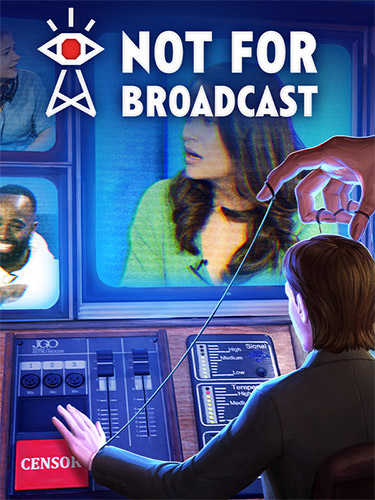 Use it if you didn’t download “full resolution” videos pack, otherwise you’ll face the error message during installation.

PS: Very nice game! You must try it!

A special note about optional videofiles

Full Size videos optional pack is pretty large and you may download it if you feel that VHS-quality videos are not for you.

Game Description
It’s time for the National Nightly News. A nation tunes in, and you get to decide what’s fit for broadcast. Pick the most exciting (or scandalous) camera angles, bleep the swears and determine which ads to run to keep the sponsors happy. No pressure, right? I mean, who pays attention to the news anyway?

Not For Broadcast is a darkly comedic game of televised chaos that lets you pick what you want to see on TV, no matter what anybody else wants. Egotistical celebrities, dishonest politicians, and strange sponsors clash on the airwaves. You’re here to ensure that the show goes on uninterrupted.

Cut between multiple camera feeds, tweak the headlines, bleep the foul language, all with just moments to spare on a live broadcast! Whether you toe the party line or stir up a scandal is your choice, so long as you can hold the audience’s fickle attention.