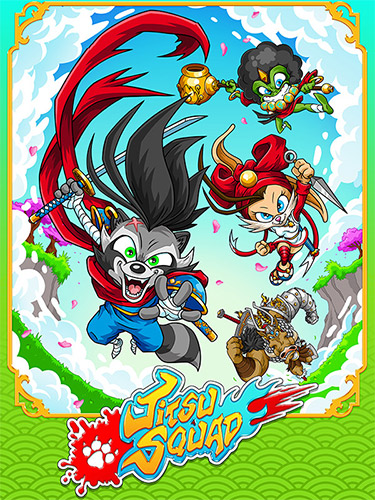 Go! Fight! Jitsu Dreamers!
Jitsu Squad is a 4 player co-op beat ‘em up with fast-paced cartoony action and wacky chaotic battles! It has the accessibility and classic brawler mechanics of games like Streets of Rage and Final Fight but with the speed and intensity of fighting games games such as Marvel vs. Capcom II, Dragonball FighterZ & Super Smash Bros.

Master the difficulty, level up and use your unique special moves and weapons to take down the wicked sorcerer to save the galaxy!

Tag Team Mode!
This mode makes it possible to switch between playable characters. You can control the entire Jitsu Squad on a single quest or play with a friend and choose two characters each! The combo possibilities are insane and so satisfying!

Unleash Your Fury!
Collect enough soul orbs and put on your ULTIMATE ARMOR! You become invincible and all your attacks and special moves become stronger than ever for a short period of time.