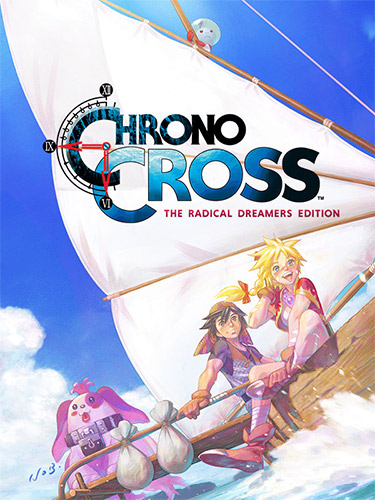 CHRONO CROSS is an RPG that transcends time and space, unfolding across two interlinked parallel worlds:
With over 40 party members to meet, people and dimensions will intertwine in this epic drama about the planet itself.Utilising an innovative turn-based style battle system, CHRONO CROSS is a unique RPG that follows the protagonist “Serge” as he crosses time on his quest to save himself dying in a parallel universe.

You can switch between the new and old versions of the 3D models and illustrations.

The 3D models, illustrations, font and background filter cannot be toggled separately. They will all be switched together.