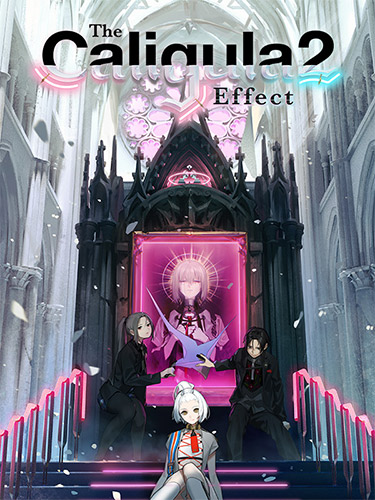 Redo – a world without regrets.
Regret – a mysterious virtuadoll.

Those who hear her songs find themselves transported into another world.
The world of Redo is a virtual world built from the regrets of many people.
“If only I’d done things differently…”

This is a world where everyone’s secret desire to redo their lives can come true.
A place where they can become the person they would have been had they chosen differently…
Redo – a dull world with no regrets, where anyone can experience a life redone.

Another Songstress and the Go-Home Club:
Another virtuadoll exists – χ. She seeks to destroy the false world of Redo.
She gives strength to the protagonist – who is slowly awakening to reality – as her chosen partner.

They form the Go-Home Club, gathering other members who have also found out about the world outside Redo.
Thus begins their arduous task of making it home against the will of the creator of the world.

Go-Home Club’s True Selves:
In Redo, members of the club are in their “redone” forms, which they have obtained by ignoring reality and undoing past regrets.

Their true selves are secret forms only the player can deal with.
Tread carefully and choose actions that will leave no regrets…

CHARACTER STORIES:
In the world of Redo, Go-Home Club members are in their “redone” forms – manifestations of past regrets that have been undone. Each member is trapped in a situation dreadful enough to cause them to turn away from reality.

What happened to them? And why are they trying so hard to return to that painful reality? These are only some of the mysteries the player must unravel.

There is a chance you may find the members’ true selves unacceptable. So tread carefully and choose actions that will leave no regrets…