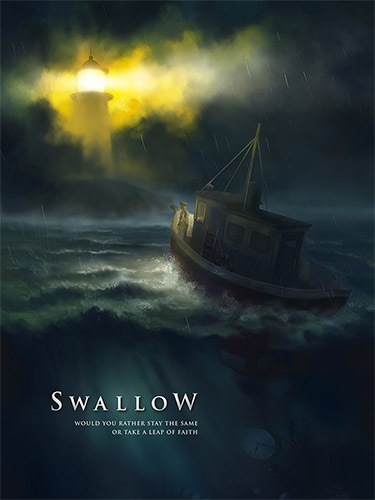 Game Description
Swallow is a first-person psychological horror game with a heavy focus on story and exploration. Based on a true story, describe an unsolved case that took place on an isolated island of 20th century England. Players take control of a lighthouse keeper to uncover the truth.

You wake up in the lighthouse keeper’s house, the familiar lighthouse, the unchanging work, what should have been another ordinary shift. But I felt a deep uneasiness, and the island was no longer quiet. On the “right path” guided by the world, suffering from the oppression of reality or psychological influence, gradually doubting themselves, along with thinking, gradually rewriting their own lives.

The game use psychological horror method to present, so in the game there will be no zombies or monsters to hunt down the player’s situation, presenting the real objects that will appear in reality, using the placement of objects to narrate the scene, and will also use psychology, sound effects and space conversion to create a horror atmosphere.

If the game texture is blurred, you can go to OPTION to adjust the game resolution, the game preset is 1080p.

This game is made by five college students from Taiwan. Thank you very much for playing and your support.