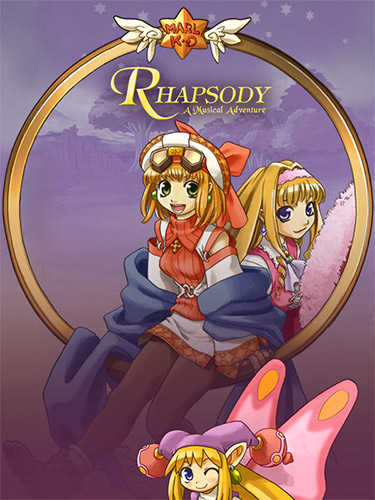 Game Description
Explore the roots of the Disgaea series with the strategy RPG Rhapsody: A Musical Adventure! Play as a young girl named Cornet who has the power to communicate with puppets, and join her to fulfill her dream of meeting her “prince charming”. But all isn’t well in the kingdom with the evil Marjorly around!

Rhapsody features many original songs and interludes throughout the game. Colorfully illustrated anime characters and backgrounds as well as an intuitive, isometric battle system and multiple difficulty levels offer something for new players and veteran role-play gamers alike. Dive in and discover the love and music!

Gain the advantage in combat with features such as Cornet’s horn, which allows you to enhance your puppets while bestowing Appreciation Points. Once a puppet earns enough Appreciation Points, they’ll gain access to special Rewards that have a variety of powerful effects! Additionally, each character (and enemy) has an elemental affinity which grants them a unique set of spells. Use these spells in combination with other characters’ elemental abilities to exploit your enemies’ vulnerabilities. But remember, every element has its own weakness!