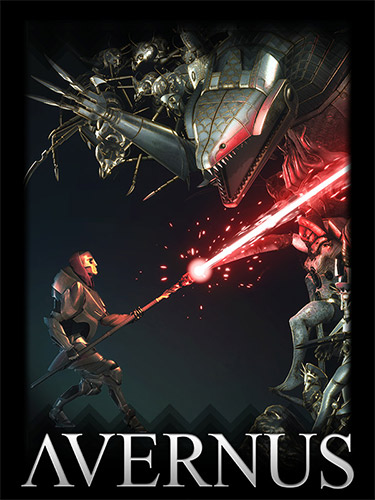 Game Description
An ancient tomb of a long forgotten god is under attack. Its doors lie open, seals broken and no one is left to resist the invading legion. It is only a matter of time before they reach the inner core and fulfill their dire ambitions. As a final, desperate act, the buried god stirs one last time to give its remaining strength to a single warrior, who now must fight through the enveloping darkness and save his creator.

Avernus is a challenging action-adventure game where you take control of a reanimated guardian empowered by the final spark of a dead god who must brave the increasingly dangerous, labyrinthine halls of a hostile tomb.

CHALLENGE THE LABYRINTH:
It is up to you to find the masters that drive the legion forward and put an end to the invasion. To survive this perilous journey, you must master the games fast-paced and challenging combat, learn the ways of the labyrinth, destroy enormous boss monsters and inherit their game-changing abilities.

UNCOVER THE PAST:
As you traverse deeper into the tomb and grow stronger from the remains of your enemies, new truths about the fate of the universe begin to unravel. Learn what caused the destruction of the ancient gods and how their past mistakes still haunt them, even through death.